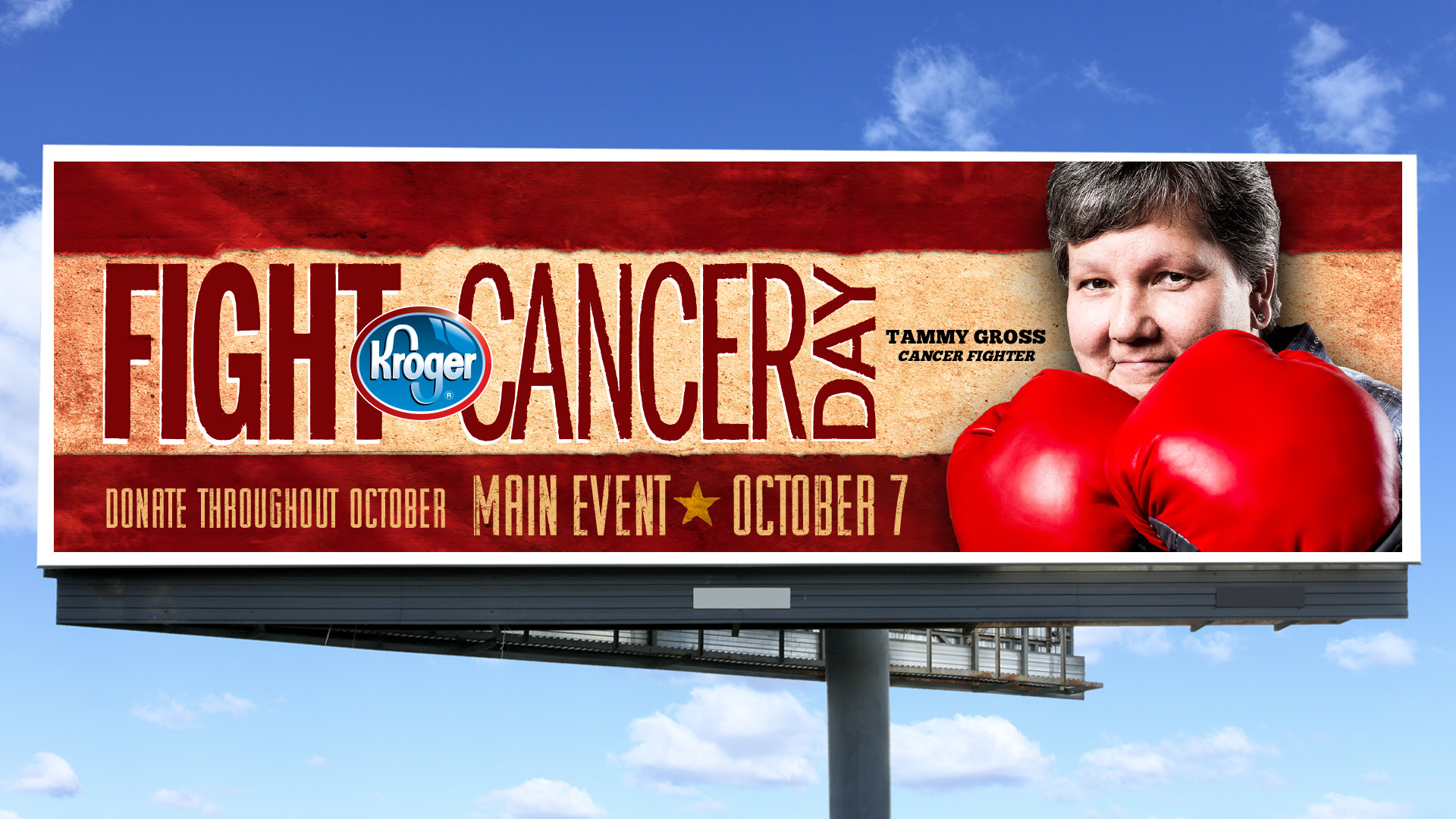 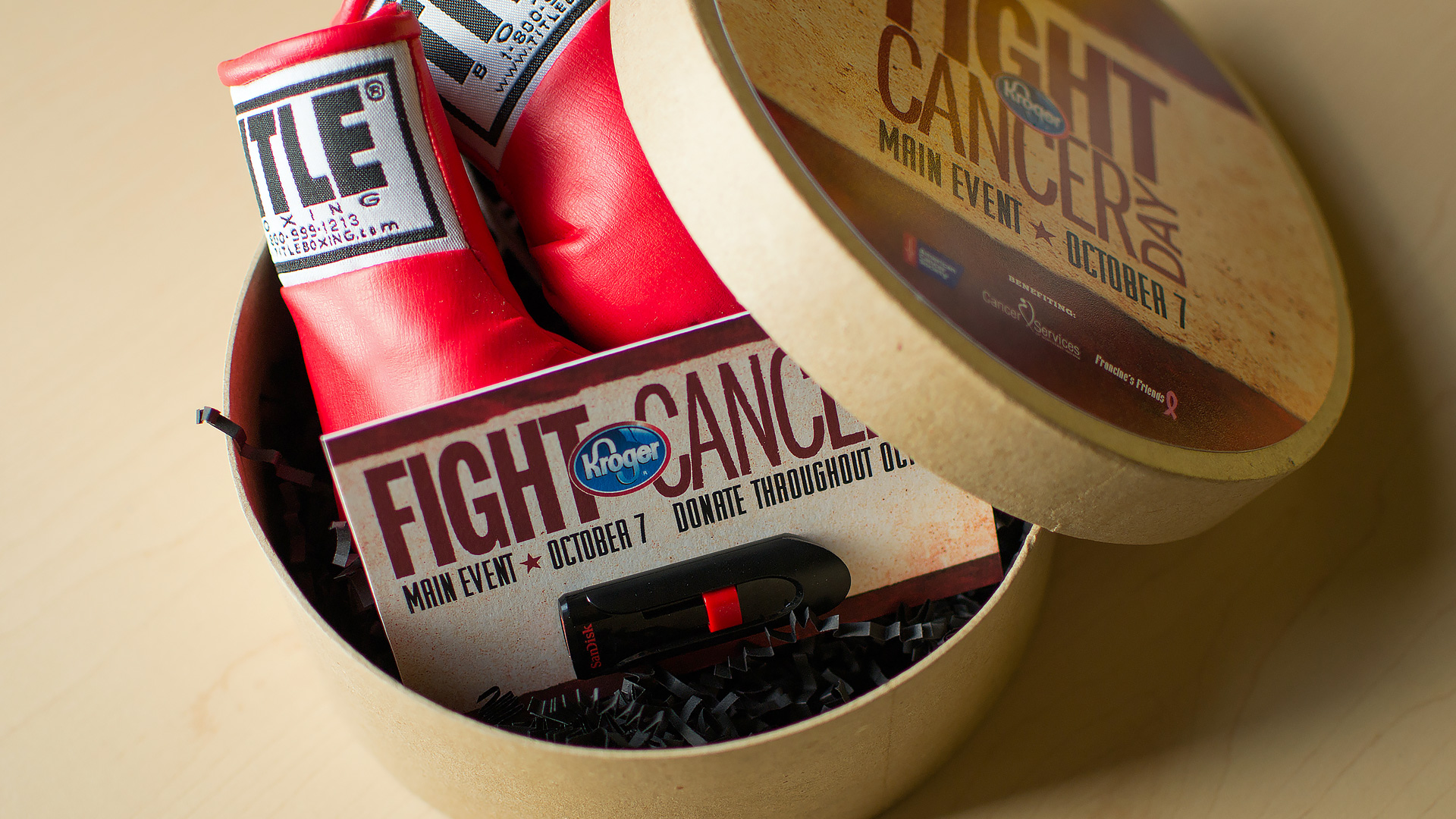 Through its annual Fight Cancer Day promotion, Kroger stores in the Fort Wayne area donate a percentage of their sales from an entire day in October to three organizations leading the fight against cancer – the American Cancer Society, Cancer Services of Northeast Indiana and Francine’s Friends. In addition, shoppers can make donations at check-out through the entire month of October. The more shoppers who know about these opportunities to help in the fight, the more money raised, of course. Which is where we come in.

Working with the team at Kroger, we identified three store employees from the region who’ve fought cancer and won, connecting them with one of the supporting charities and then showcasing them in a high-profile, cross-platform campaign, including outdoor, print and in-store materials. 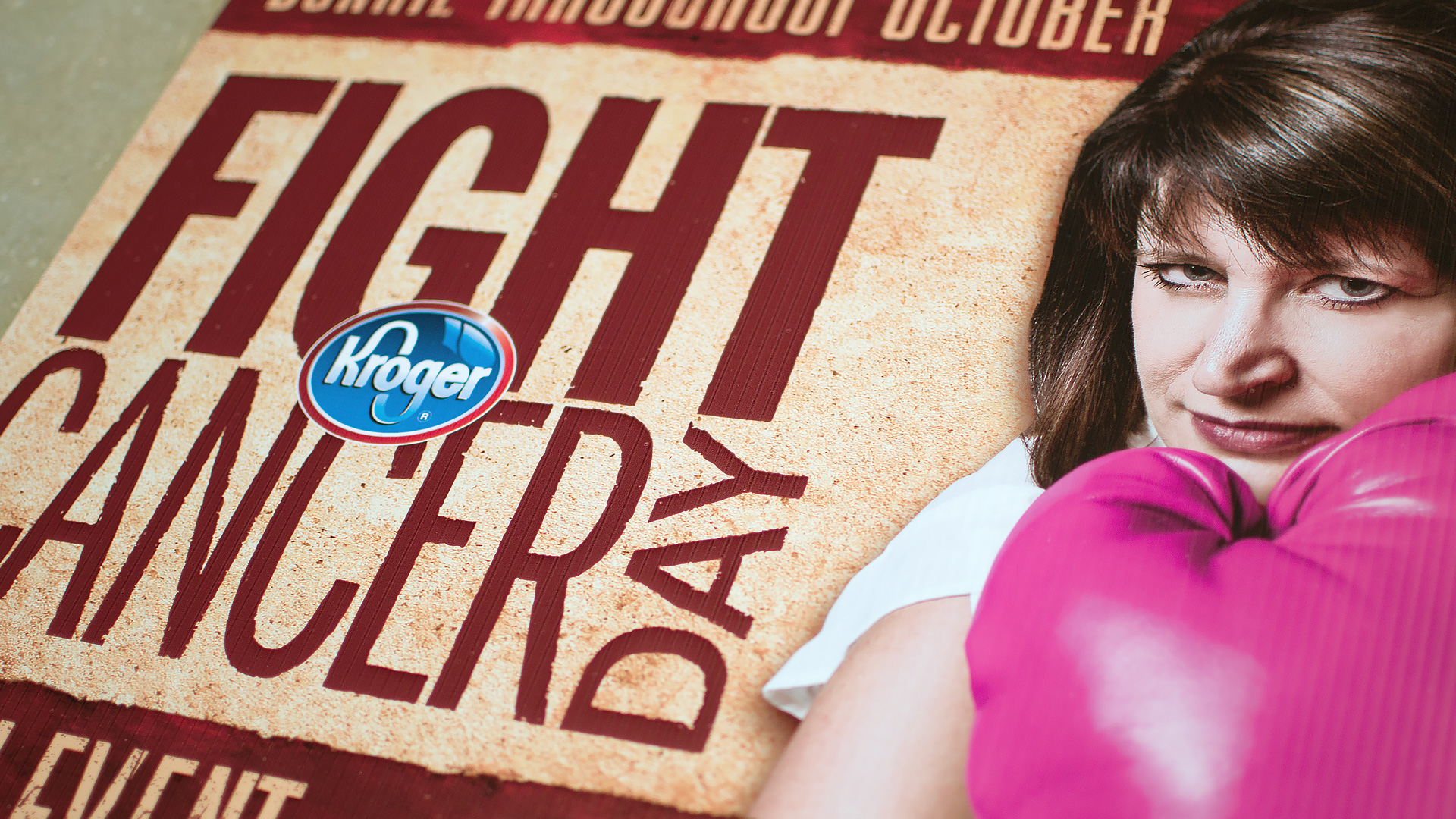 While we don’t know the total amount raise for this year’s efforts, we’re confident our sharing of the inspiring stories of perseverance and bravery shown by these employees will make this year’s total one of the best ever. And, in the process, make the fight against cancer stronger than ever.